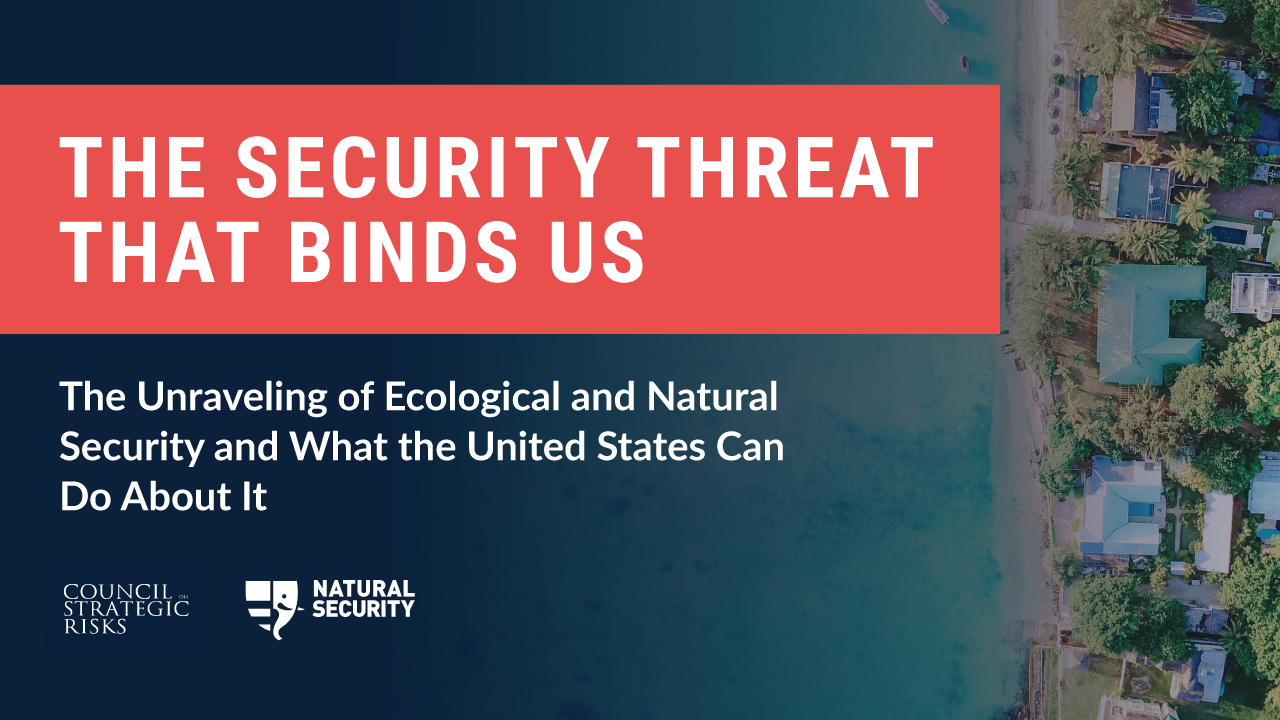 “The 1% that we spend on foreign assistance is the best national security investment that we can make as a nation.”

“It’s a mistake to think about wildlife trafficking as just a conservation challenge when it has become a multi-billion dollar industry that fuels well-organized criminal networks. It is a violent crime where imperiled animals are slaughtered for no reason other than money, fueling instability and leading to innocent human lives being lost in the process. We must use every tool at our disposal to curb this global crisis.”

“The greatest rates of growth in illicit trade, outside of the cyber arena, are in environmental crime. A growing global population is increasingly seeking the world’s limited resources. Enhanced demand results in increased prices and shortages, which often contribute to the growth of illegal and black markets that deplete the planet’s wildlife, timber, and fish… In fact, the illicit trade of diverse species is contributing significantly to the world’s sixth great extinction.”

“All humans are reliant on healthy environments.  We need intact natural resources to survive. Communities that live in developing countries are disproportionately threatened by natural disasters such as hurricanes, that result in resource scarcity and displacement. These crises have fostered instability and unrest that can potentially lead to situations requiring U.S. assistance. We can work toward resiliency for communities through the promotion of responsible land management, protected ecosystems and natural disaster preparedness.  We can help shield communities form catastrophe and greatly reduce the need for future intervention.”

“Clean water and reliable food sources are absolutely critical to the stability and productivity of communities in more vulnerable parts of the world. Without these basic resources, communities become open to recruitment and exploitation by terrorist organizations that put our troops in harm’s way. But, with the help of U.S. funding that works toward food and water security, these groups would never have the chance to capitalize on resource scarcity for their own gain.”

“When these bad actors [criminal organizations] illegally extract resources, they undermine the global economy. As a result, costs of doing business go up and American consumers suffer… Supporting efforts around conservation is an easy way for the U.S. to secure these resources in the long term.”

“Beyond natural disasters, there are U.S. enemies across the globe who seek to profit off of wildlife trafficking and harvesting of endangered animal parts such as fins, horns and tusks. These actions not only threaten the natural beauty of our planet’s wildlife, but often finance terrorist organizations and extremist groups that actively fight U.S. security interests abroad.”

“By funding projects that enhance and protect natural defenses such as rivers, forests, and water systems, the U.S. can assist global communities to prepare for disaster and limit the need for military intervention.”

“Beyond the environmental concerns associated with the slaughter of endangered wildlife, profits from these illegal ventures could end up in the bank accounts of terrorist organizations. Highly organized criminal groups carry out billions of dollars of illegal wildlife trade each year, an undeniably significant contributor to the kinds of violence the United States Military combats daily. International conservation support represents an opportunity for the United States to strike future terrorist organizations before they grow.”

“Preventing the illicit trade of wildlife is another measure that international conservation efforts take toward protecting U.S. troops abroad. Black markets surrounding the trade of illegal products, such as rhino horns and ivory, can involve terrorist organizations who facilitate and profit from these trades. U.S. efforts to curb these markets are direct contributions to the fight against terrorist funding.”

“By investing in the maintenance of natural defenses such as forests and wetlands, we can get ahead of future conflicts and lessen the human toll of disasters while curbing the need for future military intervention.”

“Perhaps worse than extinction, is that the groups who profit off of the sale of animal parts are sometimes linked with organizations who seek to harm U.S. interests abroad. Their actions jeopardize both the health of our wildlife and the foreign policy objectives of our nation.”

“Investment in international conservation is an investment in the safety and security of our own people. By ensuring the stability of communities in other nations, we secure a more positive future for regions that historically foster conflict and anti-American sentiment.”

“What we are looking at is the use of natural resources to help fund conflict, help sustain conflict, and fund these coercive terrorist groups and it is something that needs much more attention because the criminals and terrorists are turning to this area of activity.”

“We live in a time of unprecedented risk from climate change and other threats, but we also have unprecedented foresight ability available to us through our technologies, our human security, our tracking, and our ability to marshal resources and innovation.”

“Globally, the trade in illicit seafood may be equal to as much as 1/3 of the legal global seafood market. That’s a real problem for ourwell managed domestic industry when they’re competing on an uneven playing field with illegally-sourced seafood. Whether it’s caught in association with other illicit commodities, with forced labor, or caught outside the bounds of existing regulatory schemes, that makes it a cheaper product that is easier to get in the hands of consumers than sustainable products we catch here at home.”